The U.S. Environmental Protection Agency (EPA) has released the Final Health Assessment for trichloroethylene (TCE), and it has been incorporated into the Integrated Risk Information System (IRIS), a primary source for the risk-based screening values in the EPA Regional Screening Level (RSL) database.  The RSLs are a primary resource for standards set by states and EPA for safe drinking water, air emissions, and contaminated property cleanups. TCE is one of the most common man-made chemicals found in the environment and is frequently found at Superfund sites.  It is a volatile chemical and a widely used chlorinated solvent.

WHY IS THIS IMPORTANT?

The final assessment provides federal, state, local and other policy makers with the latest scientific information to make decisions about cleanup and other actions for protection of human health. It will be used to establish cleanup goals for all affected environmental media, and specifically for groundwater and vapor intrusion pathways that may be risk-drivers for site cleanups.

This assessment characterizes TCE as carcinogenic to humans, and also as a significant noncarcinogenic health hazard.  However, it also goes further than previous assessments by designating TCE as a mutagen; therefore, increased early-life susceptibility and special calculations are required to develop screening levels for land uses that include exposure to children. Based on the revised TCE risk assessment, more stringent cleanup and remedial activities are expected.

The revised TCE toxicity values will affect a variety of regulatory programs including:

In addition, because TCE is such a ubiquitous chemical, there is the potential for a site to be “reopened” and subject to additional investigation and remediation. The reopener action varies by state and federal agency involved, but there is always a possibility that a no further action can be rescinded and additional risk assessment and/or cleanup required. This is especially true for sites where vapor intrusion was not considered or not fully evaluated, and where the updated toxicological evaluations of certain hazardous substances like TCE result in regulatory agencies revisiting sites long since closed.

In an evaluation of the EPA TCE news release by BNA, Rizzuto (2011) indicates that there is uncertainty on cost consequences and impacts, such as on the vapor intrusion standards. Overall impacts will vary by state and site.  Furthermore, specific regulations that would be affected by the final IRIS TCE document have not been described (Rizzuto, 2011). Importantly, the EPA Offices for water, air, and solid waste have all indicated that their regulatory programs will be addressing the new risk assessment results.

The EPA RSLs are used as risk-based screening tools for many federal and state programs to determine if there is a potential need for further investigation and/or a site-specific risk assessment regarding cleanup of a site. Based on the current revisions, changes to the RSLs will be both chemical specific and based on individual chemical toxicities and risk drivers (i.e., carcinogenic versus noncarcinogenic), or will be universal and incorporate changes in the major exposure pathways.  For example, dermal exposure to tapwater equations will now follow the Risk Assessment Guidance for Superfund Part E guidance, and noncarcinogenic tapwater RSLs will now be calculated based on a child exposure scenario instead of an adult.

For more information on the EPA Final Health Assessment for TCE and the updated EPA RSLs, please contact Amy Bauer at 251-533-6949 and amy.bauer@ehs-support.com, or Chrissy Peterson at 412-925-1385 and chrissy.peterson@ehs-support.com.

The Occupational Safety and Health Administration (OSHA) has published data summarizing the 10 most frequently cited standards, as well as highest penalty amounts for fiscal year (FY) 2011 (October 2010 through September 2011).

What are the results?

How does this compare to last year?
Not surprisingly, the top ten most frequently cited standards and highest penalty standards for FY 2011 are consistent with FY 2010.  Workers play an important role in program implementation and  proper employee instruction and, for this reason, guidance is crucial: hence OSHA’s scrutiny.  A comprehensive health and safety program should be the goal of every company; however, while we do not encourage too great a reliance on this list, it is a great tool to identify standards that are chronic problems at other facilities to ensure that adequate resources are provided in those areas at your own.

Where can we find this information?
OSHA maintains a website that provides resources to help employers and workers understand OSHA requirements.  In addition to the most cited standards, the website also provides the most asked questions, frequently requested publications, and other resources.  Go to http://www.osha.gov/dcsp/compliance_assistance/index.html for OSHA compliance assistance/outreach, or contact Amy Bauer at 251-533-6949 and amy.bauer@ehs-support.com for more information. 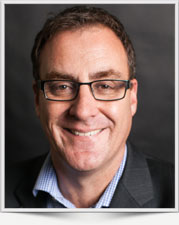 In this capacity, Nigel will take on the management of our rapidly expanding Remediation Services group.  Nigel has over 18 years of experience dealing with environmental remediation in the United States, Asia Pacific, and Europe and has been integral to the rapid growth we have experienced in 2010 and 2011. Our remediation staff has more than tripled in the last year and a half to meet our clients’ requests and we are focusing on hiring industry technical leaders who are client-focused to continue the quality and level of service that you have come to expect from EHS Support. Nigel’s inclusion in the management team will be used to ensure our continued focus on development of the Remediation Services group as a market leader which provides quality, value, and a level of service unparalleled in the market.“2010-2011 has been an exciting year and a half working with our clients on a variety of challenging projects.  EHS Support is truly blessed with both great clients and staff and our growth in 2010-2011 and key hires should ensure that 2012 is as equally memorable.”-Nigel Goulding, Chief Technical Officer, EHS Support Inc. • nigel.goulding@ehs-support.com 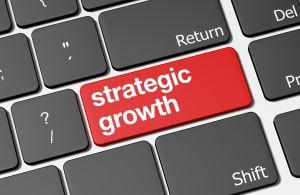