Are you keeping up with regulatory and compliance changes in 2016? EHS Support can help you stay informed and prepared. Click on the link to read recent federal and state-wide reports and changes for 2016.

Signed on September 26, EPA’s revisions to the refrigerant management regulations under 40 CFR 82 were published in the Federal Register with rule effective on January 1, 2017, with requirements phased in over the next 2 years. The most significant revision extends the regulations for ozone-depleting refrigerants to non-ozone- depleting substitutes through an amendment to the definition of “refrigerant.”  The revised definition of refrigerant applies to any substitute (unless specifically exempted), but is primarily meant to address emissions of hydrofluorocarbons (HFCs), widely used refrigerants that were introduced as substitutes for Ozone Depleting Substance (ODS) refrigerants. Other significant changes include:

Final rule of the EPA amends regulations under 40 CFR 372.28 and 372.65 to add a hexabromocyclododecane (HBCD) category to the list of toxic chemicals subject to the reporting requirements under EPCRA Section 313 and Section 6607 of the Pollution Prevention Act. The agency believes the chemical category meets the EPCRA Section 313(d)(2)(B) and (C) toxicity criteria. The rule classifies the HBCD category as a persistent, bioaccumulative and toxic chemical and assigns a 100-pound reporting threshold. The rule also specifies that the category will cover two primary chemical names and chemical abstracts service registry numbers. The rule is effective Nov. 30, 2016.

Notice of the EPA announces the availability of the final NPDES general permit for point source discharges from the application of pesticides to U.S. waters (2016 PGP). The permit provides coverage for classes of discharges where the EPA is the NPDES permitting authority and applies to various geographic locations in all EPA regions. The permit covers the application of biological pesticides and chemical pesticides that leave a residue applied for mosquito and other flying insect control, weed and algae pest control, animal pest control and forest canopy pest control. The permit, which replaces the existing 2011 PGP, is effective Oct. 31, 2016.

Proposed rule of the Department of Natural Resources and Environmental Control, Division of Waste and Hazardous Substances, amends regulations under 7 DEAC 1352 regarding aboveground storage tanks (ASTs). The rule sets forth minimum distances for locating new ASTs near private and public wells. The rule also addresses technical requirements associated with release reporting and corrective action needed when releases from ASTs occur. In addition, the rule clarifies technical requirements applicable to AST systems and updates incorporated standards. A hearing is scheduled for Dec. 6, 2016, in New Castle. Comments are due Dec. 1, 2016. Contact: Lisa Vest; DNREC; 302-739-9042; Lisa.Vest@state.de.us

Proposed rule of the Department of Environmental Quality, Office of the Secretary, amends regulations under 33 LAC III.501 regarding recordkeeping for sources exempt from air permitting. The rule establishes an exemption from the requirement to obtain an air permit for certain very small sources of air emissions and requires owners or operators of such sources to determine and maintain records of potential criteria and toxic air pollutant emissions. The rule also specifies that the permitting requirement does not apply to any source that is not a Part 70 source and the source’s facilitywide potential emissions meet specific requirements under federal law and state regulations. A hearing is scheduled for Dec. 28, 2016, in Baton Rouge. Comments are due Jan. 4, 2017. Contact: Deidra Johnson; DEQ, Office of the Secretary; 225-219-3985; deidra.johnson@la.gov

Proposed rule of the Ohio EPA, Division of Air Pollution Control, amends regulations under OAC 3750-25-25 concerning release notification requirements. The rule updates procedures for verbal notification of spills or releases from oil and gas facilities to specify the Department of Natural Resources as the single point of contact through the One Call hotline number. A hearing is scheduled for Dec. 19, 2016, in Columbus. Comments are due Dec. 19, 2016. Contact: Jeff Beattie; Emergency Response Commission; 614-644-2269; Jeff.Beattie@epa.state.oh.us

Ohio EPA is proposing to add three new waste streams to the existing Universal Waste rules and would like your input on the rule revisions.  The purpose of designating a hazardous waste as a universal waste is to promote the proper handling, recycling or disposal of the hazardous waste by streamlining the regulations that apply to the waste. The wastes proposed to be included via the revisions are:

Proposed rule of the EPA amends regulations under 40 CFR 372.65 to add a nonylphenol ethoxylates (NPEs) category to the list of toxic chemicals subject to the reporting requirements under EPCRA Section 313 and Section 6607 of the Pollution Prevention Act. The agency believes the chemical category meets the EPCRA Section 313(d)(2)(B) and (C) toxicity criteria. The rule classifies the NPEs category as highly toxic to aquatic organisms and specifies that the category will cover 13 chemicals that appear on the Toxic Substances Control Act inventory. Comments are due Jan. 17, 2017. Contact: Daniel Bushman; EPA, Office of Pollution Prevention and Toxics; 202-566-0743; bushman.daniel@epa.gov

EPA is proposing to ban certain uses of the toxic chemical trichloroethylene (TCE) due to health risks when used as a degreaser and a spot removal agent in dry cleaning. Specifically, EPA is proposing to prohibit manufacture (including import), processing, and distribution in commerce of TCE for use in aerosol degreasing and for use in spot cleaning in dry cleaning facilities.  EPA is also proposing to require manufacturers, processors, and distributors to notify retailers and others in their supply chains of the prohibitions. Comments on the proposed rule must be received 60 days after date of publication in the Federal Register. Once published, the proposed rule and supporting documents will be available in the Federal Register docket.

Notice of the EPA announces a meeting of the National Drinking Water Advisory Council to discuss recommendations for the EPA administrator on the long-term revisions to the lead and copper national primary drinking water regulations. The meeting is scheduled for Dec. 6-7, 2016, in Washington, D.C., and via teleconference. Comments are due Nov. 22, 2016. Contact: Tracey Ward; EPA, Office of Ground Water and Drinking Water; 202-564-3796; ward.tracey@epa.gov

Notice of the EPA announces the availability the fourth drinking water Contaminant Candidate List (CCL 4). The final list consists of contaminants that currently are not subject to existing or proposed national primary drinking water regulations, are known or anticipated to occur in public drinking water systems, and may require regulation under the Safe Drinking Water Act. The final CCL 4 includes 97 chemicals or chemical groups and 12 microbiological contaminants. The final list does not include the pesticides disulfoton, fenamiphos and molinate, which were proposed for inclusion. Contact: Meredith Russell; EPA, Office of Ground Water and Drinking Water; 202-564-0814; russell.meredith@epa.gov

Notice of the Department of Toxic Substances Control announces a workshop on a proposal to adopt regulations under 22 CCR 51.3 regarding the toxicity criteria required when establishing human health risk-based screening levels, action levels and remediation goals for cleanup of hazardous waste and hazardous substance release sites. The proposal would require human health risk screenings and risk assessments to use the most protective of three specified toxicity criteria sources for each cancer and noncancer contaminant of concern. The notice specifies that the agency intends to begin formal rulemaking in 2017. The workshop is scheduled for Dec. 12, 2016, in Sacramento. A comment due date is not specified. Contact: DTSC; 916-324-2439

According to Bloomberg BNA, EPA expects to wrap up its current review of the project to dredge polychlorinated biphenyls from the upper Hudson River in February or March 2017, Gary Klawinski, the EPA project director, told a public workshop. Klawinski Nov. 30 said a draft report will be made available at that time, followed by a public comment period. A final report is scheduled to be completed April 23, 2017, he said. The report will answer the key question of whether six years of remedial work on the river was protective enough of human health and the environment. The answer to that question is important to General Electric Co., which could be responsible for additional dredging.

Authorized NPDES programs will also electronically submit NPDES program data to USEPA to ensure that there is consistent and complete reporting nationwide, and to expedite the collection and processing of the data
USEPA will phase in the requirements of the rule over a five year period following the effective date of the final rule

In May 2016, USEPA issued three final rules to reduce methane emissions from new and modified sources — including hydraulically fractured wells

Proposed amendments to existing regulations on export and import of hazardous waste from and into the United States will allow for:

USEPA and environmental groups entered into a Consent Decree on April 16, 2016, which requires USEPA to issue a proposed rule for regulation of hazardous substances by August 2017. A final rule must be published no later than October 2018.

The Consent Decree allows USEPA to conduct an ICR, which could delay issuance of the proposed and final rule.

The joint “Clean Water Rule” published in June 2015 by the USEPA and Army Corps of Engineers, the “Clean Water Rule: Definitions of ‘Waters of the United States’” (WOTUS), continues to be subject of litigation in many areas of the country. As a result, in February 2016, USEPA announced a new national enforcement initiative under the Clean Water Act. “Keeping Industrial Pollutants Out of the Nation’s Waters (Fiscal Years 2017-19)” intended to focus USEPA enforcement resources on certain industrial sectors, such as chemical and metal manufacturing, mining, and food processing.

USEPA released its 21st annual Inventory of U.S. Greenhouse Gas Emissions and Sinks (GHG Inventory), which presents a national-level overview of annual greenhouse gas emissions since 1990. The inventory shows a nine percent drop in emissions since 2005, and a one percent increase in GHG emissions in 2014 from 2013 levels. For more information, go to https://www3.epa.gov/climatechange/ghgemissions/usinventoryreport.html 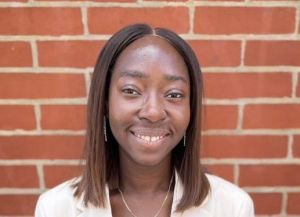