Home > News > Uncategorized > Did You Know…

Are you keeping up with regulatory and compliance changes in 2015?  EHS Support can help you stay informed and prepared.  Click on the link to read recent federal and state-wide reports and changes for 2015.

Federal regulations require applicators to be certified in order to apply restricted use pesticides (RUPs). Additionally, RUPs may be used only by, or under the direct supervision of, certified applicators.

Examples of RUPs include wood preservation pesticides, such as coal tar creosote and pentachlorophenol, insecticides such as permethrin, and herbicides such as atrazine.

These are the first national standards that address carbon emissions from power plants.

The companies most impacted will be coal and electric generators, which will emit the most greenhouse gases.

The Clean Power Plan will be fully implemented by 2030, and with the transition to cleaner sources of energy, it is expected to have a snowball effect on reducing emissions of sulfur dioxide and nitrogen oxides.

The revised requirements include:

States and territories primarily implement the UST program.  Many states already have some of these new requirements in place.  For others, these changes will set standards that are more protective.

The guidance touches on vertical and horizontal proximity distances (distance between contaminated media and an existing or future building); screening values for soil, groundwater, near-source soil gas, sub-slab soil gas and indoor air; and, general guidance for collecting soil vapor samples, which appears to be loosely based on New Jersey’s VI technical guidance.

One noteworthy modification to the indoor air Statewide Health Standards for non-residential properties is the proposed change to the TCE standard, which will be decreased from 48 µg/m3 to 8.8 µg/m3. This will have a significant impact to Pennsylvania property owners that have vapor intrusion exposure risks from TCE impacts to soil and groundwater.

The department will be accepting comments through Wednesday, September 23, 2015 through eComment, via email to ecomment@pa.gov, or by mail. To view the Draft Technical Guidance for Vapor Intrusion, eComment can be accessed at: http://www.ahs.dep.pa.gov/eComment/.

Please contact Pat Peterson at 412-292-3502 (pat.peterson@ehs-support.com) with any questions.

On August 27, 2015, Judge Ralph Erickson of the U.S. District Court for the District of North Dakota granted a motion sought by 13 states to block implementation of the final clean water rule from taking effect on August 28 in those states.

Use the TRI Data and Tools at http://www2.epa.gov/toxics-release-inventory-tri-program/tri-data-and-tools to review industry information.

Go to http://www2.epa.gov/cleanwaterrule for more information.

Agency actions since March 27, 2015, are available through the new search engine. Notices published before March 27 are available by clicking on the links under Public Notice Archive.

Coal-fired power plants, refineries and other industries in 36 states will no longer be insulated from Clean Air Act (CAA) fines for excess emissions when equipment is starting up, shutting down or malfunctioning (SSM), under a final rule issued by USEPA on May 22, 2015, that can be found at http://www.epa.gov/airquality/urbanair/sipstatus/docs/20150522fr.pdf

The rule gives the 36 states until Nov. 22, 2016, to revise their state implementation plans (SIPs) to disallow affirmative defense provisions that prevent industry from being fined for excess emissions.

The USEPA is issuing the rule in response to a 2011 Sierra Club petition, which sought to rescind portions of the agency’s startup, shutdown and malfunction policy.

According to Bloomberg BNA on May 22, 2015, proposed rules concerning research projects at landfills, the regulatory classification of various treated woods and the management of hazardous waste pharmaceuticals are expected to be released by the USEPA for public comment in the second half of 2015.

In addition, USEPA expects to propose revisions to its risk management program regulations by September as the first regulation to emerge from the work of a multi-agency chemical safety working group established following the catastrophic ammonium nitrate explosion at a fertilizer distributor in West, Texas, in April 2013.

The assessment, done at the request of Congress, shows that while hydraulic fracturing activities  in the U.S. are carried out in a way that have not led to widespread, systemic impacts on drinking water resources, there are potential vulnerabilities in the water lifecycle that could impact drinking water.

These vulnerabilities to drinking water resources include:

The study will be finalized after review by the Science Advisory Board and public review and comment. The Federal Register Notice with information on the SAB review and how to comment on the draft assessment was published on Friday June 5, 2015.

For a copy of the study, visit www.epa.gov/hfstudy.

[slide name=”Ohio Voluntary Action Program (VAP) has posted to its internet, page instructions for submittal of supporting documentation after receipt of a covenant not to sue (CNS)”]

With the VAP rules that became effective August 1, 2014, the content of the no further action (NFA) letter was streamlined. However, after a covenant not to sue is issued, a certified professional (CP) must submit to Ohio EPA documentation evaluated to determine the property meets or will meet applicable standards and that the property was eligible to participate in the VAP.

After Ohio EPA issues a CNS based on the rules effective August 1, 2014, this information will be sent to the CP requesting the supporting documentation.

The documentation will become part of the public record and will be reviewed by Ohio EPA in the event the NFA letter is selected for audit.

EPA currently reviews new chemical substances manufactured or processed as nanomaterials prior to introduction into the marketplace to ensure that they are safe. For the first time, the agency is proposing to use Toxic Substance Control Act (TSCA) section 8(a) to collect existing exposure and health and safety information on chemicals currently in the marketplace when manufactured or processed as nanoscale materials.

The agency is proposing one-time reporting and recordkeeping requirements on nanoscale chemical substances in the marketplace to collect:

USEPA would reportedly use the information gathered to determine if any further action under TSCA, including additional information collection, is needed.
Public comment will last 90 days from publication in the Federal Register at the end of March 2015.

Additional information and a fact sheet on the specifics of the proposed rule and what constitutes a nanocale chemical material can be found at: http://www.epa.gov/oppt/nano/

As published in the Federal Register on February 19, 2015, USEPA is proposing:

On March 9, 2015, changes to a revised draft of new rules governing surface activities at oil and gas well sites will include protection of streams and wetlands within 100 feet of well pads and how to address abandoned wells.

As of March 12, 2015, a decision on whether to regulate strontium in drinking water is expected by early 2016 and Safe Drinking Water Act regulations for strontium may not be developed at all:

On February 13, 2015, USEPA finalized requirements for implementing the 2008 national ambient air quality standards for ozone, just under seven years after the current standards of 75 parts per billion were set in March 2008.

The final primary and secondary standards are set at 0.075.

Final rule of the Ohio EPA, Division of Air Pollution Control, amends regulations under OAC 3745-114-01 regarding toxic air contaminants. The rule updates the list of contaminants for which the director may require a permit-to-install to include chlorine trifluoride, lithium hydride, subsilisins, trinitrotoluene (2,4,6-) and triorthocresyl phosphate. The rule is effective February 12, 2015.

The rulemaking would amend §101.201 and §101.211 to remove the requirement for sources not otherwise required to report annual emissions per §101.10 to report specific emissions data to the TCEQ.

The reporting required by these subsections applies to sources that are experiencing at least one emissions events (EE) or maintenance, startup, or shutdown (MSS) activity and are located in nonattainment areas, maintenance areas, early action compact areas, Nueces County, or San Patricio County. Sources are required to report the number of EE and MSS activities and the amount of reportable and nonreportable emissions by mixture or compound.

The total number of sites reported has remained fewer than 70 between 2006 and 2011. In 2012 and 2013, one company submitted over 200 reports. These proposed amendments would remove a reporting burden for these sites.

The February 27, 2015 Notice of Intent follows two earlier unsuccessful attempts.  The agency is relying on the 2011 report from the National Toxicology Program that concluded styrene is “reasonably anticipated to be a human carcinogen,” a classification that the National Academies supported in a 2014 report.  Styrene is widely used to make plastics and rubbers.  Products containing styrene include insulation, fiberglass, plastic pipes, automobile parts, shoes, drinking cups and other food containers, and carpet backing.  Styrene (polystyrene) in foodservice is not in question.

USEPA is inviting small businesses, governments, and not-for-profit organizations to participate as Small Entity Representatives (SERs) for a Small Business Advocacy Review (SBAR) Panel.  The panel is part of a standard federal government process and will focus on the agency’s development of a rule that proposes to reduce emissions of greenhouse gases, including methane, and volatile organic compounds (VOCs) under its New Source Performance Standards for the oil and natural gas industry.  USEPA will build on the cost-effective standards, issued in 2012, that are currently in place for several sources in the oil and natural gas industry.  The agency intends to add equipment and processes to those sources currently covered by the standards. Equipment and processes the agency is considering adding include hydraulically fractured oil wells, pneumatic pumps, and leaks from new and modified well sites and compressor stations.  USEPA anticipates proposing a rule this summer and taking final action in 2016.

As of December 26, 2014, chemicals listed as known to the state of California to cause cancer:

USEPA issued Final Rule on Coal Ash Management, which regulates coal ash under the nonhazardous waste provisions of Subtitle D of the Resource Conservation and Recovery Act (RCRA).  The rule requires the closure of impoundments or landfills that are polluting groundwater, limits where structures can be built, mandates engineering and structural standards for all structures.  The final rule also requires significant public information disclosures, but leaves states responsible for enforcing the standards.

On December 23, 2014, USEPA confirmed the White House Office of Management and Budget (OMB) has begun to review a final Clean Water Act (CWA) general permit to regulate stormwater discharges from 30 industrial sectors, the Environmental Protection Agency confirmed December 23.  The permit would only apply in Idaho, Massachusetts, New Hampshire and New Mexico, the four states not delegated by the USEPA to operate their own National Pollutant Discharge Elimination System permit programs, as well as in Washington, D.C., and Puerto Rico.  The final permit would for the first time regulate stormwater discharges to Superfund sites. 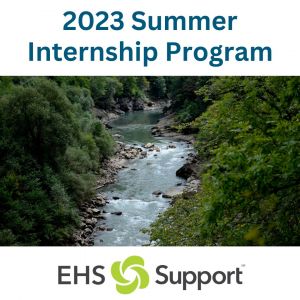 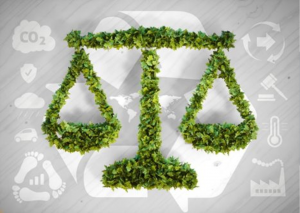