How will the New Administration Impact Environmental Law, Policy, and Enforcement? 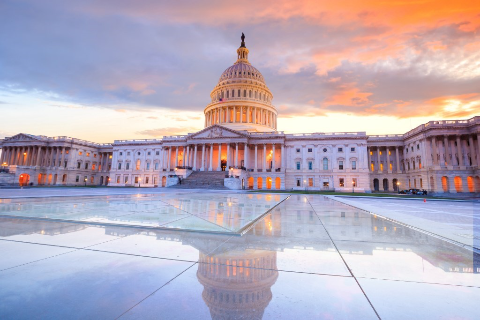 How will the New Administration Impact Environmental Law, Policy, and Enforcement?

President-elect Donald Trump’s administration and Republican-controlled congress will undoubtedly impact environmental law and policy in the United States, most drastically in the area of energy production and climate change, but possibly others including environmental regulation and enforcement, especially air, water, waste, and toxic substances. EHS Support is providing this brief overview on the direction some of these key environmental issues may take over next four years.

President-elect Trump has appointed E. Scott Pruitt, the Oklahoma Attorney General as head of the United States Environmental Protection Agency (EPA). Mr. Pruitt’s official biography calls him “a leading advocate against the EPA’s activist agenda”[1]. The Oklahoma Attorney General has been a strong ally to the oil and gas industry, joining industry groups and other states in suing the EPA’s Clean Power Plan[2], a policy to reduce domestic greenhouse gas emissions[3].  Mr. Pruitt believes that the debate on climate change is “far from over,” and that EPA has overreached its authority on rulemaking with regard to climate change[4].  Mr. Trump previously selected Myron Ebell of the Competitive Enterprise Institute’s Center for Energy and Environment to lead the United States Environmental Protection Agency (EPA) transition team. Mr. Ebell believes that the magnitude, rate and potential impacts of global warming have been overstated, and that global temperature rise is potentially beneficial to humanity and the biosphere.[5]  Mr. Trump’s view on climate change has experienced a slight shift since his candidacy, during which he famously tweeted that “[t]he concept of global warming was created by and for the Chinese in order to make U.S. manufacturing non-competitive”[6].   He also promised to pull America out of the Paris Climate Pact, an agreement to reduce global emissions, but has more recently stated he has “an open mind to it”[7].  The Hill.com, November 22, 2016, and has even met with former Vice President Al Gore on the topic.[8]  New York Times, December 5, 2006. Practically speaking, reversing President Obama’s climate change efforts and energy production restrictions will take time and congressional cooperation. But Mr. Trump’s administration is unlikely to be amicable to any new protective regulations in the realm of climate change, and the authority of the EPA is likely to tighten in this area under Pruitt’s leadership.

As a candidate, Mr. Trump vowed to make America energy independent, by reducing restrictions on domestic production of shale, oil, natural gas and coal reserves.[9]  Mr. Trump has said he will approve the Keystone XL Pipeline and supports completion of the Dakota Access Pipeline, conveyances that will pave the way for increased domestic energy production[10].  President-elect Trump has also promised to lift the Obama-era moratorium on leasing federal coal reserves, but that promise may not ease the economy of coal-producing communities[11].   With increased domestic natural gas production and transmission, coal has a cheap and cleaner burning competitor to be concerned about. Increased production of natural gas from hydraulic fracturing is widely cited as one of the main downfalls of the coal industry[12]. But Mr. Trump has tempered his promise to increase fracking, stating that “if a municipality or state wants to ban fracking, I can understand that”[13]. Nonetheless, last week Trump added Amy Oliver Cooke to his EPA transition team. Ms. Cooke is the vice president and director of the Independence Institutes’ Energy Policy Center, and has professed a love of fracking[14].  Oil production has also been central to the Trump administration’s energy plans, with promises to open onshore and offshore leasing on federal lands and tap into oil reserves[15].   In mid-November, the Bureau of Land Management announced the final Methane and Waste Production Rule, which will reduce emissions of methane from oil and gas production on public lands. 81 Fed. Reg. 83008 (Nov. 18, 2016). The Congressional Review Act (CRA) 5 U.S.C. § 801-808, allows Congress an opportunity to review rules enacted within the last 60 session dates of the Senate and adopt a joint resolution of disapproval to be adopted or vetoed by the President. The Methane and Waste Production Rule is just one of several recent major environmental regulations that could be axed by the new administration using the CRA[16]. The Atlantic, December 2, 2016. While there are many unknowns about the Trump administration, it is certain that domestic energy production is at the forefront of the new President’s agenda.

President-elect Trump has stated that he believes strongly in clean water and clean air at the highest level, O’Reilly Factor Interview, December 3, 2015, but has also called for reductions in the EPA’s regulatory power. Anne Sneed, Trump’s First 100 Days: Climate and Energy. Scientific American, November 29, 2016. Such efforts could be made by budget reductions, which would inhibit the Agency’s ability to enforce its rules[17].  Significant federal environmental regulations such as Comprehensive Environmental Response, Compensation, and Liability Act (CERCLA), Resource Conservation and Recovery Act (RCRA), the Clean Air Act (CAA) and Clean Water Act (CWA) have counterparts in most states, and reduction at the federal level will most likely mean more state action and enforcement on key environmental laws.[18]  Likewise, if the federal government’s enforcement budget is reduced, citizen suits allowed for under the CAA, CWA and RCRA may increase.

The Trump administration is likely to act on the EPA’s Clean Water Rule, or Waters of the U.S. Rule[19].  In November, Iowa senators Joni Ernst and Chuck Grassley and Representatives Rod Blum, David Young and Steve King sent a letter to Mr. Trump strongly encouraging him to halt the rule in the first days of his presidency[20]. The Clean Water Rule protects navigable waterways and their tributaries by providing federal jurisdiction over those waters, but has been expanded to include wetlands and smaller water bodies when they impact downstream waters[21].  Industry has criticized the rule as a power grab by the EPA that harms agriculture and energy development[22]. Indeed, in 2015 a resolution of disapproval lead by Ernst was passed to scrap the rule, which President Obama vetoed[23].  Mr. Trump is expected to take action on this issue.

As previously reported, the Toxic Substances Control Act (TSCA) was amended recently to mandate EPA evaluation chemicals with enforceable deadlines, provided a new risk-based safety standard, and provided a consistent source of funding in order for these responsibilities to be carried out by EPA.[24]  The Frank R. Lautenberg Chemical Safety for the 21st Century Act was passed with widespread bi-partisan support, and is unlikely to be affected by the change in administration.

A new RCRA rule (see Revisions to Hazardous Waste Rule Will Affect 600,000 Hazardous Waste Generators Nationwide) overhauling requirements for hazardous waste generators was recently enacted by the EPA Administrator, Gina McCarthy. The rule provides increased flexibility for generators in some instances, but more onerous requirements in others. As the rule will not be finalized until Spring 2017, the more controversial aspects of the new rule could face challenges by the Trump administration.

If you have any specific questions about positions on other environmental topics, contact our Compliance Associate Maureen Hodson  or Technical Leader Amy Bauer.

[16] Ed Yong, How Trump Could Wage a War on Scientific Expertise.

[24] https://www.epa.gov/assessing-and-managing-chemicals-under-tsca/frank-r-lautenberg-chemical-safety-21st-century-act
Back to Client Alerts