The permitting of greenhouse gases (GHGs) appears to be inevitable.  On April 17, 2009, U.S. Environmental Protection Agency (EPA) submitted an endangerment finding for carbon dioxide (CO2) and is currently reviewing public comments and developing the final rule.  On September 15, 2009, EPA, in coordination with the National Highway Traffic Safety Administration (NHTSA), proposed new standards for light-duty vehicles that will reduce GHG emissions and improve fuel economy covering model years 2012 through 2016 by an equivalent of 35.5 miles per gallon.  If the proposed fuel-economy rule to regulate GHGs from cars and trucks is finalized and takes effect in the spring of 2010, legal and policy drivers would be activated that could lead to the regulation (permitting) of stationary sources emitting GHGs.

On September 30, 2009, EPA issued a proposal that focuses these permitting requirements on the largest facilities, those emitting over 25,000 tons of GHGs per year and responsible for nearly 70 percent of U.S. stationary source GHG emissions.

EPA estimates that 400 new sources and modifications to existing sources would be subject to Prevention of Significant Deterioration (PSD) review each year for GHG emissions.  Less than 100 of these would be newly subject to PSD.  Under the PSD portion of NSR—which is a permit program designed to minimize emissions from new sources and existing sources making major modifications—EPA is proposing a:

HOW WILL THIS AFFECT MY COMPANY?

In total, approximately 14,000 large sources would need to obtain operating permits that include GHG emissions.  Most of these sources are already subject to CAA permitting requirements because they emit other pollutants; however, the rule may impact about 3,000 facilities that are new to the operating permitting program and is also expected to bring new sources into the construction permitting program.  EPA will accept comment on the proposed rule for 60 days after publication in the Federal Register.  The fact sheet for the proposed rule can be viewed at http://www.epa.gov/nsr/fs20090930action.html

The final emissions thresholds for GHG emissions under the federal PSD and operating permits programs will take effect immediately upon promulgation of the final rule.  At that time, EPA will put the new thresholds into effect in state, local and tribal agency programs that run PSD and Title V operating programs under EPA approval.

WHAT CAN I DO TO PREPARE?

EHS Support can help you conduct an evaluation of your facility’s GHG emissions.  For more information, contact Amy Bauer at 251-533-6949 and amy.bauer@ehs-support.com or Jessica Tierney at 412-779-1094 and jessica.tierney@ehs-support.com

EHS Support will continue to follow the proposed GHG permitting rule closely and keep you updated on important changes, and will thoroughly evaluate the final rule when issued. 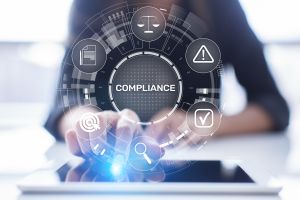